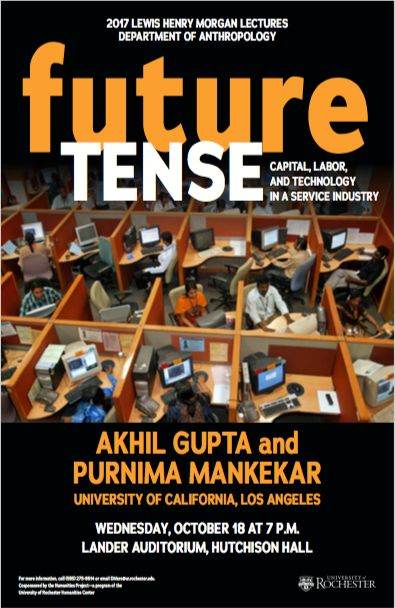 Professor Leslie White of the University of Michigan gave the first lectures titled, “Lewis Henry Morgan: The Man, The Scientist.” Other key figures in anthropology have since given the lectures, which have covered a wide range of topics across the subfields of cultural anthropology including economic, legal, linguistic, and political anthropology. A full list of lectures can be found here. Many of these lectures have been published in the Lewis Henry Morgan book series, which includes several classic monographs.

Each year, a poster is created to publicize the lectures. Many of these posters now adorn the walls of the Department of Anthropology on the fourth floor of Lattimore Hall. These posters are also preserved in the University of Rochester Department of Rare Books and Special Collections and Preservation.